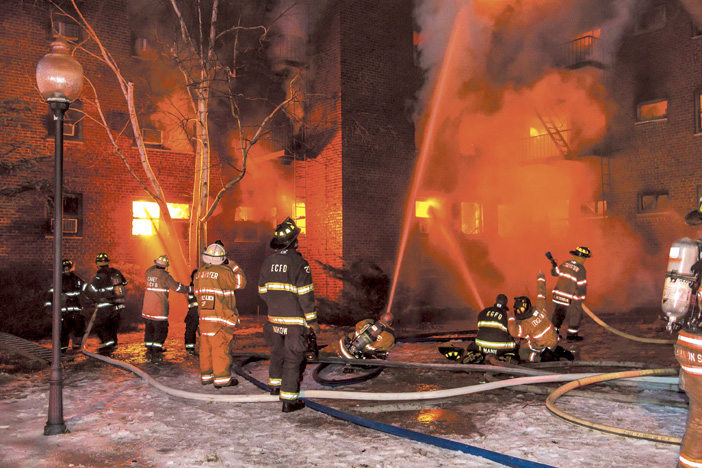 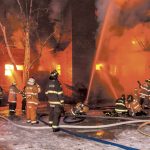 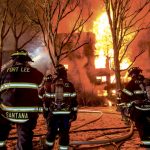 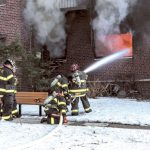 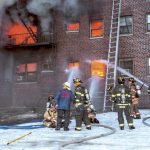 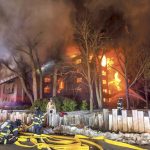 The Fort Lee Fire Department was dispatched to Edwin Avenue. Companies arrived to find heavy smoke showing from the front of the five-story structure with fire in the basement. An aggressive interior attack commenced as members conducted searches, ventilated and made several rescues of occupants off fire escapes and out windows. Fairly quickly, crews reported a collapse in a first-floor apartment above the fire but at this point they were also reporting water on the fire. Conditions started to deteriorate and heavy smoke started pushing from the upper floors and from the roof, and fire was visible in the first- and second-floor apartments above the original fire area. Command requested an additional engine and ladder, as well as the Mask Service Unit from Hackensack. As conditions further deteriorated and crews reported fire on additional floors, command struck second and third alarms. Finally, with no headway being made, the building was evacuated. Heavy fire was venting out of numerous apartments in the rear of the building and breaking through the roof. Eventually the fire engulfed the entire structure with the roof and several floors collapsing. Six ladder pipes, a deck gun and numerous ground monitors and handlines were put to work as large embers rained down. Although appearing to be one very large building, the south side was actually separated by a fire wall. This, as well as aggressive firefighting, kept the fire from extending into the south building. Several hundred people were left homeless but thankfully all occupants were accounted for and only three firefighters suffered minor injuries. The fire was placed under control at 2100, although companies remained on the scene through the night and into the next day hitting hot spots. The cause of the fire was under investigation.