Late in the evening of June 25, 2017, Cheswold firefighters had just returned from a CPR call when a motorist stopped in front of the station to report a house fire down the street. Members quickly staffed Engine 43-3 and Rescue 43 and responded, while Kent Center dispatched the assignment of Cheswold, Dover (ladder and engine), and Leipsic (rescue and engine). Engine 43-3 responded to the scene while Rescue 43 dropped a supply line from Station 43. Command 43 (Cerutti) arrived to find fire showing from the second floor of a five-unit apartment building and bystanders reporting a subject trapped inside. The two initial crews stretched two handlines and extinguished the fire. A crew from Leipsic located one deceased occupant. Dover vented the roof and performed additional searches in the neighboring apartments. One firefighter from Dover was taken to the hospital. 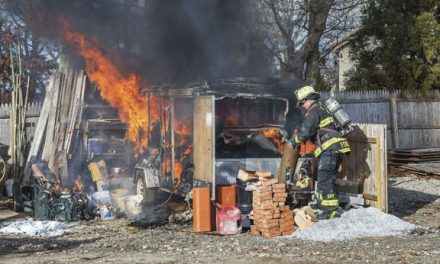 Building and Camper Well Off