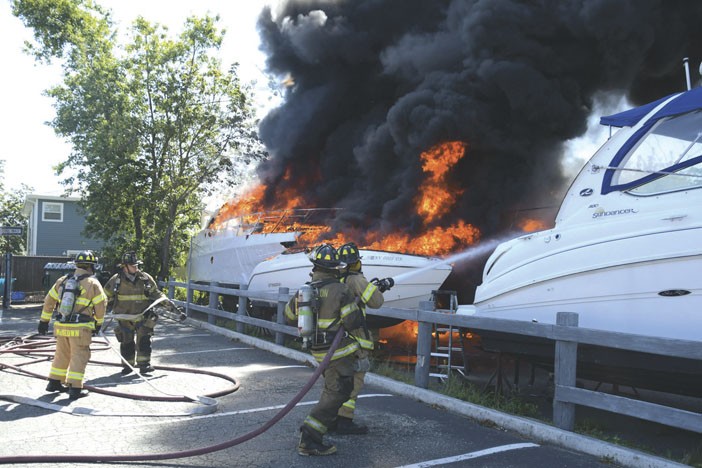 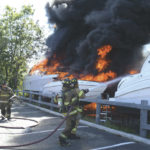 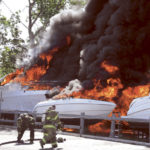 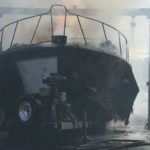 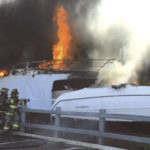 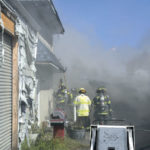 The Babylon Fire Department was called for a boat fire at the rear of a business on Fire Island Avenue. Units arrived to find numerous boats burning and threatening to spread to other boats and a building. Engine crews stretched multiple handlines and used a deck gun to knock down the heavy fire. The crew from Ladder 1-2-8 opened up the boats to expose areas of fire. It took about an hour to bring the fire under control. A person working in one of the boats suffered burns. Mutual aid came from West Islip, North Babylon and West Babylon for an ambulance. Members removed a dog from the second floor. The damage to the building was kept to the exterior. Chief of Department Golub was in charge.
– Fire News photos by Paul Mazza